On Saturday March 2, 2013, Soroptimist International of Dundas~Ancaster~Flamborough celebrated the success of one of its members, Janet Barnard, at the Flamborough Chamber of Commerce Annual Awards Gala, held at Flamborough Hills Golf & Country Club in Copetown. Janet, SI-DAF’s hard working treasurer, was presented with an Outstanding Business Achievement Award for her services to bookkeeping for the Flamborough Chamber over several years. Also present at the Awards celebration were the new Premier of Ontario, Kathleen Wynne, Ted McMeekin MPP, and Hamilton City Councillors Judy Partridge and Robert Pasuta . Janet and the other Soroptimist members had a chance to speak briefly with Premier Wynne, and though the Premier had not heard of Soroptimist International prior to that night, she expressed interest in our organization and promised to find out more about us. What a wonderful evening, and a special honour for Janet! 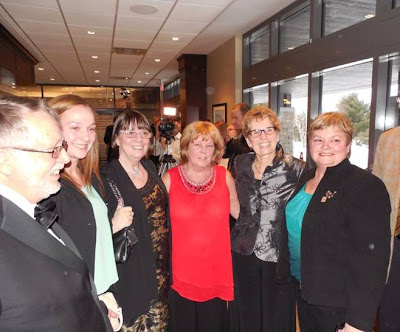 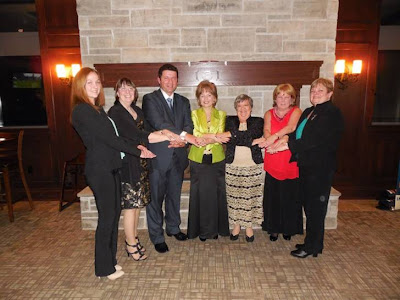