This year we were officially part of the Flamborough Chamber of Commerce’s Mini Putt Challenge as a tournament within their tournament. Not only were we eligible to win their recognition awards, SI DAF awarded the top 4-some and most honest (worst) four-some with recognition plaques!

Our club had 3 four-somes (if I remember correctly, perhaps 4) at last years FCC’s mini putt challenge and we had a blast; that is where we got the idea for having one of our own. The location of the tournament was Rock Chapel on Highway 5, west of Clappisons. It’s literally a mini green, on grass, and 18 holes.

We booked 4 four-somes with the FCC for our group. It was a bargain at $25.00 per person that included mini golf and dinner & awards after at Boston Pizza, snacks included! The top FCC team received a Canadian Cooler and $25 gc to Boston Pizza. The individual awards included two members from SI-DAF:

The top awards for SI-DAF were as follows: 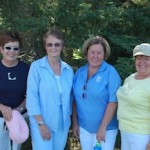 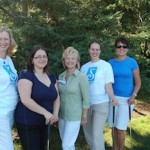 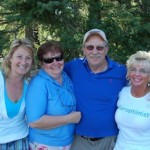 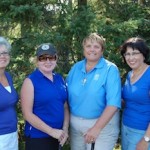 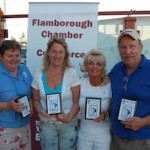