Pick up any women’s magazine and you’ll see a model or celebrity on the cover with smooth and flawless skin, polished teeth and perfect curves. It’s hard not to look at those images and become discouraged because you feel like you’ll never “look like that”. How much worse could you feel if you were a teenager undergoing body changes and trying to “look good” for boys? 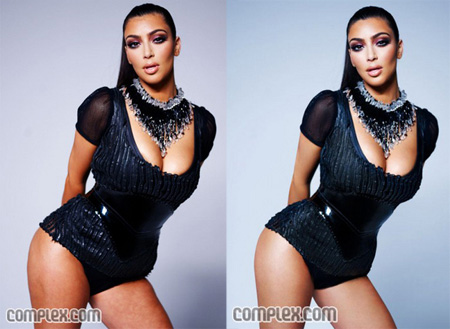 Kim Kardashian posted the before and after shots on her Web site.

These models have been literally modified by the magic of “Photoshopping,” and one celebrity spoke out about what she really looks like. Kim Kardashian did a photo shoot for the April/May cover of Complex magazine. When the original picture leaked onto the Internet, she decided to post that picture on her blog next to the retouched version that was intended for the magazine. The differences are pretty significant – they took inches off of Kim’s legs (removing all cellulite), made her waist smaller (look at her arm) and brightened her skin. She writes “I’m proud of my body and my curves and this picture coming out is probably helpful for everyone to see that just because I am on the cover of a magazine doesn’t mean I’m perfect.”

To draw attention to the issue of photoshopping, Dove released this video. While we all understand the magic of makeup, the modifications to her neck and eyes really speaks to the gap between perception and body image, especially among young girls:

Sadly, that message starts even earlier. Bratz Dolls are designed for girls ages 6 and up. They have an interactive website with bios for each girl (Cloe’s pose is particularly offensive »). The narrow waist, long skinny legs and oversized eyes and lips all create a distorted perception of how your body should look. 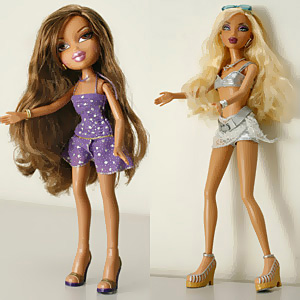 Bratz Fashion Dolls and Barbie - who looks like that?

By comparison, a year ago SI-DAF was one of the sponsors for the Beautiful Women Project, created by Cheryl-Ann Webster, which is a teaching and healing tool for women and girls, men and boys. The project is a touring art exhibition of 120 clay torsos of real women, aged nineteen to ninety-one. 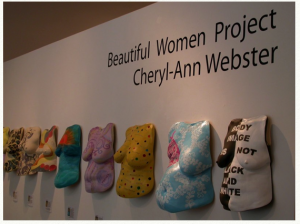 Their mission is to raise awareness about the link between self-worth, self-identity and physical appearance. Webster’s artwork is accompanied by motivational and educational presentations, workshops and resource materials suitable for a broad range of participants.