Sandra Gray has been a Soroptimsit since January 2004, currently sits on the Board of Directors as Treasurer of the club and is proud to call herself a DAF’er!

Sandy & husband Steve will be celebrating their 30th Anniversary in April 2009. They have 2 grown children, daughter Erin (25) who is just completing studies in interior decorating as well as planning her own wedding for next fall & son Brandon (23) who is co-owner of a busy Active Green & Ross store in Burlington.

Steve & Sandy have been co-owners of Weeks Home Hardware in Waterdown since 1987. The business itself dates back to 1823 as one of the original general mercantile stores in the area and amazingly in 185 years the business has only been in the hands of 4 different families! Having been known as ‘Weeks’ since 1925 it became part of the Home Hardware buying group in the late 1960’s. The Gray’s moved the business from its original location on Mill Street when they built the ‘new’ location in 1989 on Hamilton Street, a 25,000 sq ft store that employs over 65 people.

Some of Sandy’s many past times include sharing the love motorcycles and old cars with husband Steve. They both ride their own Harley Davidson Motorcycles, she currently rides a 2008 FLHX. Sandy earned her motorcycle license way back in 1981 when seeing a women riding a motorcycle was a rare thing indeed! They also share the passion of restoring old cars having quite a collection of vehicles that they rebuilt together. Sandy is also one of the lone golfers in the SI DAF club, along with Blanca Pena. Incidentally Sandy accompanied Blanca to Cali Colombia in November of 2007 in efforts to start a Soroptimist club there!

So why did she choose Soroptimist International? Sandy is very passionate about helping others and has assisted many community organizations through her business, but she wanted to find something of her choosing that she could apply her energy to. Having always felt fortunate to never feel there were any barriers to achieving anything she wanted, she realizes that not all women have those same opportunities. To Sandy, Soroptimist International is ‘Women at their best, helping other women achieve their best’ and there is nothing better than realizing that you have truly made a positive difference in someone else’s life. 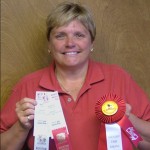 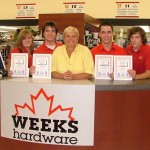 Weeks provides scholarships to their employees 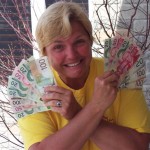 A true philanthropist at heart! 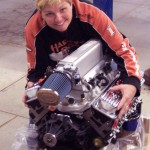 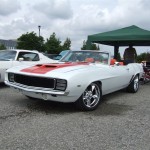 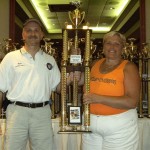 Sandy receiving her trophy at the Canadian Camaro Nationals 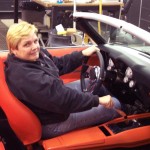 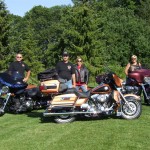