Teen girls are swapping sex for just about anything … the Globe & Mail recently covered a new documentary book and DVD called “Oral Sex, the New Goodnight Kiss”. Here’s an excerpt from the article:

“By 14, she was routinely blacking out on drugs, having sex with multiple partners at her house and partying with “Navy guys.” At the start of Grade 9, she was sleeping with a 21-year-old drug dealer and heroin addict. Soon after, she was recruited to trade sex for clothes and drugs. … One prostitution ring saw more than 15 girls aged 12 to 16 from several Edmonton middle and high schools offering their bodies to older men who gambled in a townhouse; another involved 15-year-old high-school girls charging college guys $20 for oral sex in Kelowna, B.C. In Surrey, B.C., pimps recruited 12-year-olds at their local mall.” Read full article » 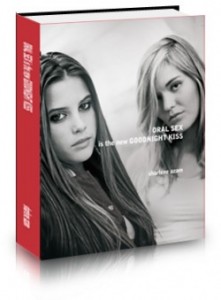 All of the girls interviewed who have had sex in exchange for money, drugs or merchandise are nice girls, pretty girls from good neighborhoods – girls who could be your own daughters, nieces, sisters, friends, neighbors.

What three of our club members had to say in response:

We need to do more to boost these girls self esteems so that they don’t need the “attention” from this kind of destructive behaviour! I am outraged that society’s standards have sunk to a new all time low at young girls expense!

A local highschool student told me about her friends who are into “sexting” – sending explicit pictures and messages via their cell phones to classmates and friends!! One of her classmates (age 17) actually lost her virginity for tickets to a basketball game.

I find it quite shocking and did not realize this was a trend with young girls in Canada. I am certainly going to share this with my kids out west, especially since I have a granddaughter.

What Soroptimist International is doing?

Soroptimist International has joined the ‘Stop the Traffik’ Global Coalition. This is a global movement against the trafficking of people. It has more than 1,000 member organisations in 50 countries & a grass roots following of ordinary activists around the world. The work undertaken by the campaign is directly related to Objective 2 in the Programme Focus 2007-2011: End human trafficking and all forms of violence against women.

In North America, SIA launched it’s first National Day of Human Trafficking Awareness on January 11, 2008. This was done in response to estimates that anywhere up to 27 million people are enslaved in forced or bonded labor, child labor, sexual servitude, and involuntary servitude at any given time. For more information on trafficking, visit their resources page and download their white paper »